Jenkins is a continuous integration and continuous delivery server, which can be used to build and test software projects continuously, and to continuously deliver software by providing many ways for defining pipelines and integrating with various testing and deployment technologies.

Before creating a new job in Jenkins, there is a short list of prerequisites which needs to be fulfilled for running a successful continuous integration process:

The following example will consist of creating two basic processes:

Notification messages about the pipeline status will be included in both processes.

Creating a new job in Jenkins server can be accomplished by following these steps:

Jenkins server offers several options for adding steps to the project. In the following examples, Sync steps will be added to the existing Build and Populate steps.

The PowerShell script for the sync steps should include:

Option 1: Add schema and data synchronization steps as a part of the existing pipeline. The order of executing steps will be Build, Populate, Sync (schema then data).

When the window opens for customizing the pipeline (either if user wants to configure existing or he is creating a new one) under the Build tab click the Add build step button (like explained in the first example – Add build step → Windows PowerShell → Enter the PowerShell script → Save). If one step already exists, one more should be added to include sync step: 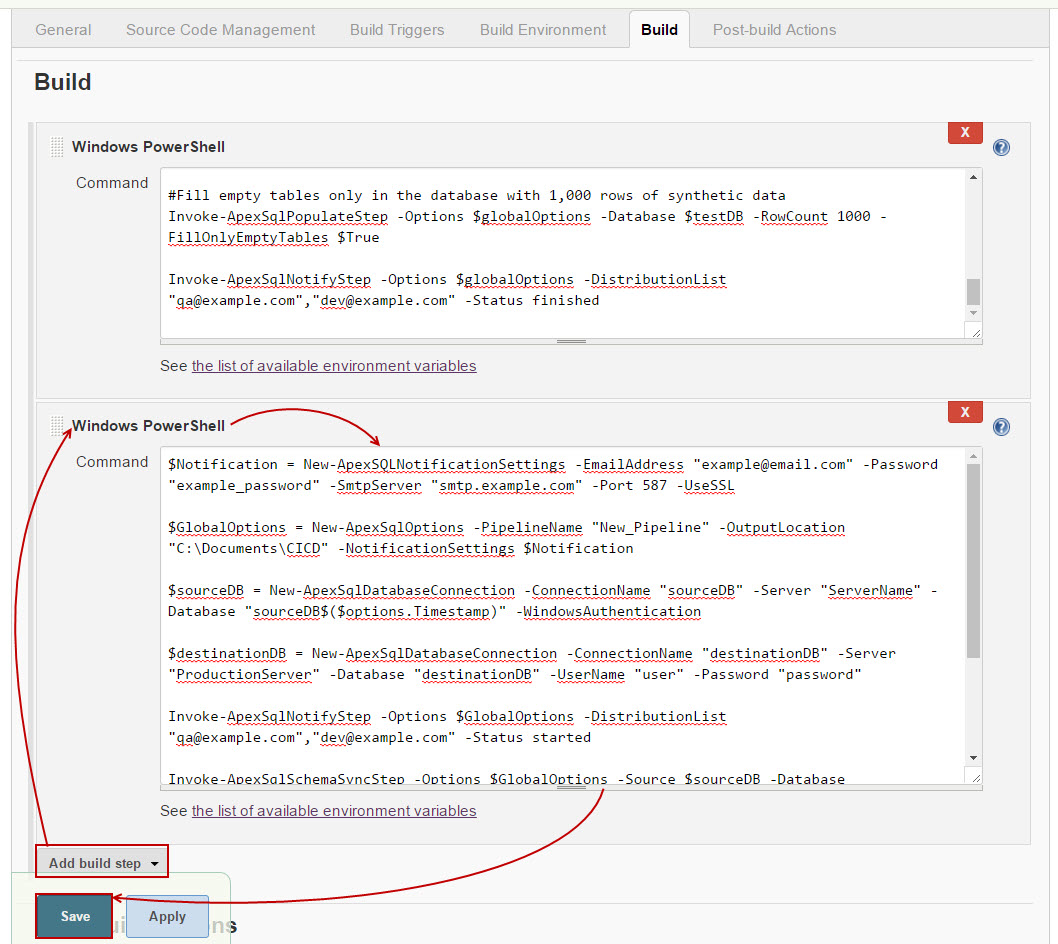 Option 2: Add schema and data synchronization steps as a new project which will start after the previous project is built.

In the current project window click the Back to Dashboard button on the left side menu: 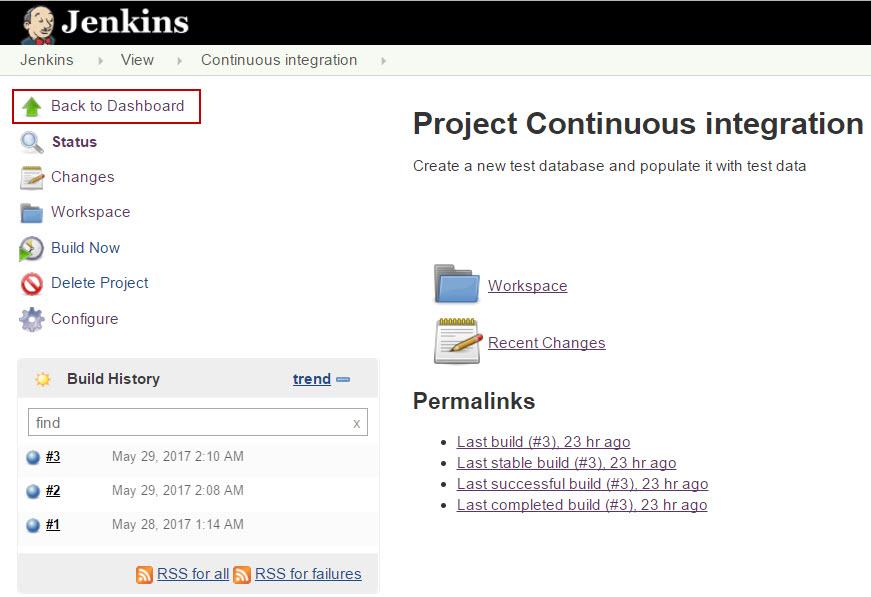 When the dashboard opens, click the New item button on the left side menu, and continue creating a new project as explained earlier in this article:

After the new project is created, it will be visible in the dashboard:

Q: How will I know if particular build is stable?

A: Jenkins server has symbols for build stability and they are presented as a weather report. They can be seen next to the project name: 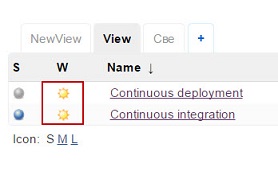 Q: Is there a legend for Jenkins symbols?

A: Yes. The Dashboard window has a link “Legend”:

This link leads to the Legend window with the detailed explanation of all symbols for the build’s status and stability: 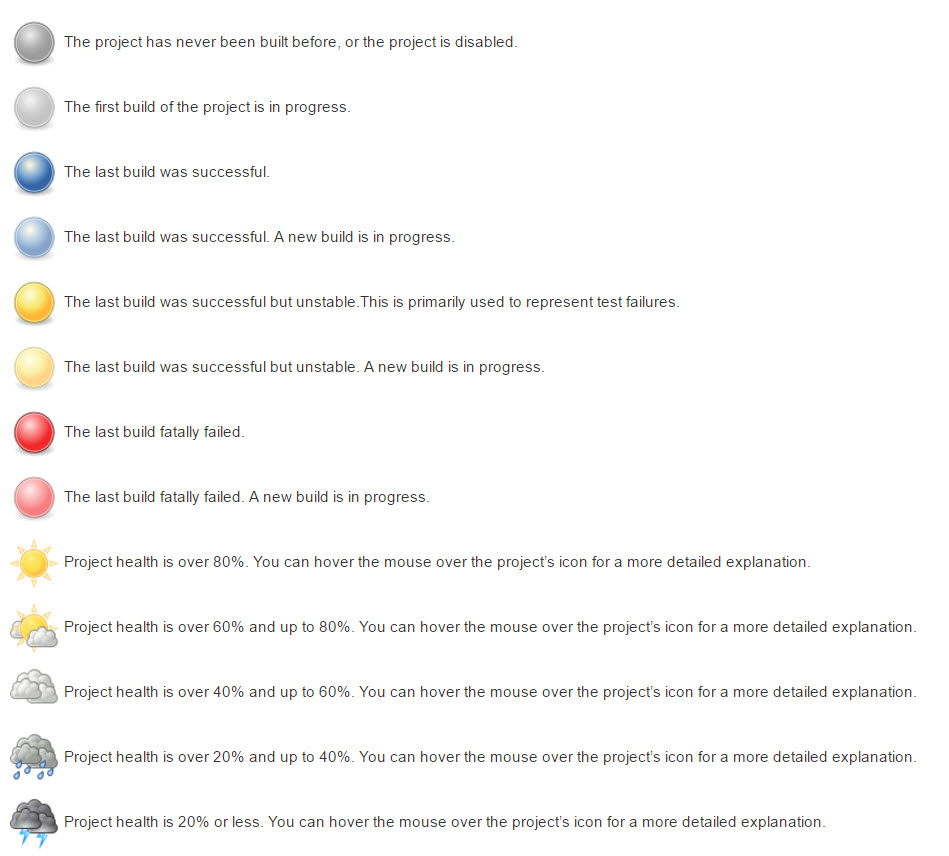 Q: Can a project be deleted when it is not needed anymore?

A: Yes. A project can be deleted by clicking the Delete Project button from the left side menu of the project window:

Another way to delete a project is from the Dashboard window. Click on the arrow next to the project name and select the Delete Project option from the drop-down menu: 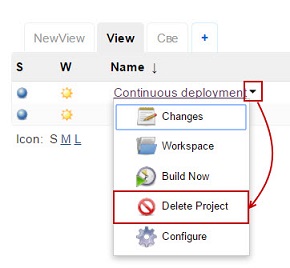