Summary
This article explains how to configure an Atlassian Bamboo build server for setting up a continuous integration and delivery process with the ApexSQL DevOps toolkit.

Description
Atlassian Bamboo is a continuous integration (CI) and continuous deployment (CD) build server, which can be used for automating release management for a software application, by creating continuous delivery pipelines.

Release management is the process of managing, planning, scheduling and controlling a software build through different stages and environments. That includes testing and deploying of software releases.

Continuous integration is a software development methodology in which several actions can be performed, or triggered, like steps for building, unit testing and documentation, whenever a change is recognized in the repository.

In the context of databases, continuous integration refers to the concept of individual database changes recognized and integrated as soon as they are applied and pushed to a source control repository aka committed.

Use case scenario, which will be explained in this article will consist of the following:

Bamboo has a workflow organized in the following way:

Each of these steps will be explained with more details later in the article. 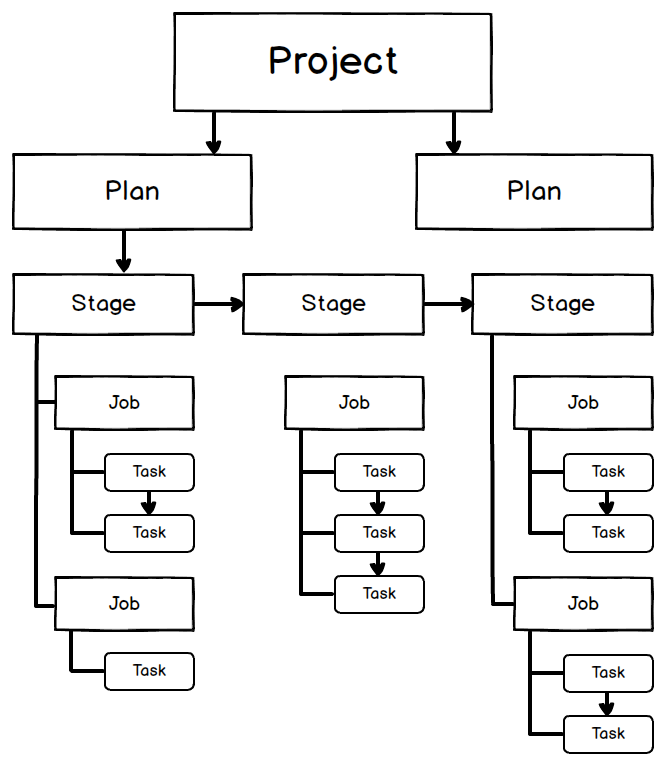 Before explaining how to setup a process with Bamboo server, let’s make sure that everything Is downloaded, configured and installed.

The following steps should be performed for the successful integration of ApexSQL DevOps toolkit with the Bamboo server:

Once everything is installed and prepared, a new project in the Bamboo can be created.

The following example will consist of creating a new project which will have one plan. That plan will consist of one job and one task. Additionally, creating task for each CI/CD pipeline step individually will be explained as well.

The number and structure of jobs and tasks can vary, depending on user’s needs.

Each task will be followed by notification messages about the status of the pipeline.

To create a new build plan, follow these steps: