Summary
This article explains how to set up continuous integration process with ApexSQL DevOps toolkit using a TeamCity server.

TeamCity server is a continuous integration (CI) server which can be used for running parallel builds simultaneously on different environments, keeping a history of builds, successes and failures and much more.

Basic CI flow in the TeamCity server looks like this:

After that, the ApexSQL DevOps toolkit PowerShell one-click scripts need to be configured. In the linked article the global configuration of the one-click DevOps script can be found, but not information about the configuration of each step separately. These steps will be explained later in this article.

The next step in the integration process is to download and install the TeamCity server. More about this can be found in the SQL database continuous integration with TeamCity article.

After everything is installed and ready, a new project in the TeamCity server can be created.

In the following example, a new project will consist of two steps:

Both steps will be followed by notification messages about the pipeline status:

Q: Can I create multiple projects which will include different Build steps with a different VCS Root?

A: Yes. For each project a VCS Root can be selected, depending on user’s needs. One project can be created just for creating a new database and populating it with a synthetic test data, based on changes made in the selected VCS Root for that project. Another can be created just for synchronizing two databases based on changes made in another VCS Root selected for that project.

Q: If I encounter an issue, how can I see where the issue is?

A: Information about issues can be seen in the Build Log tab, and step where the issues are will be coloured differently:

Any “+” sign can be expanded and more information can be seen: 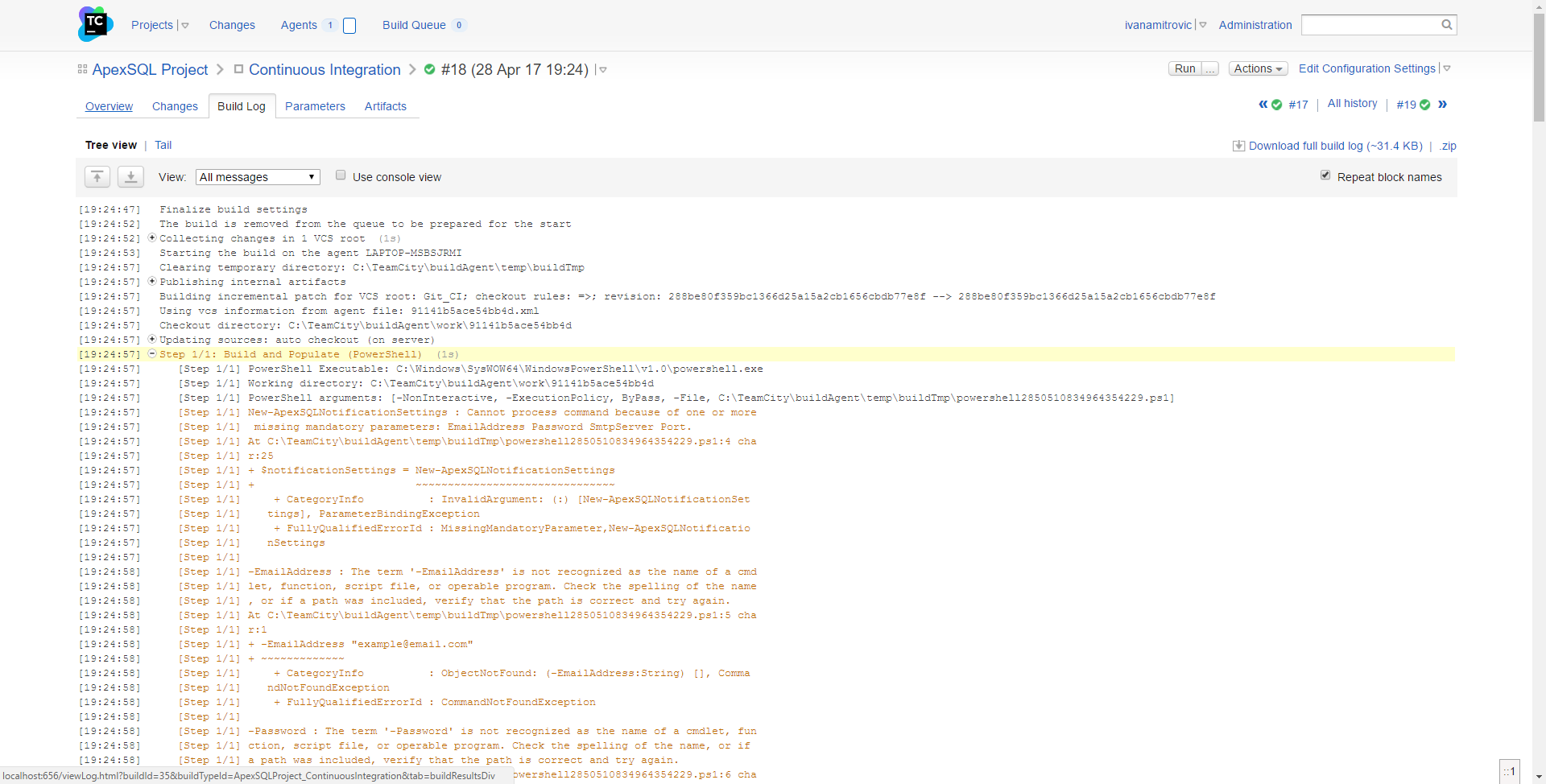 Q: How can I go back to the project from the Build Log tab?

A: Click the Administration link in the upper right corner:

Expand the projects list and click on the drop-down menu near the Edit button of the desired project to select parameter to be edited: 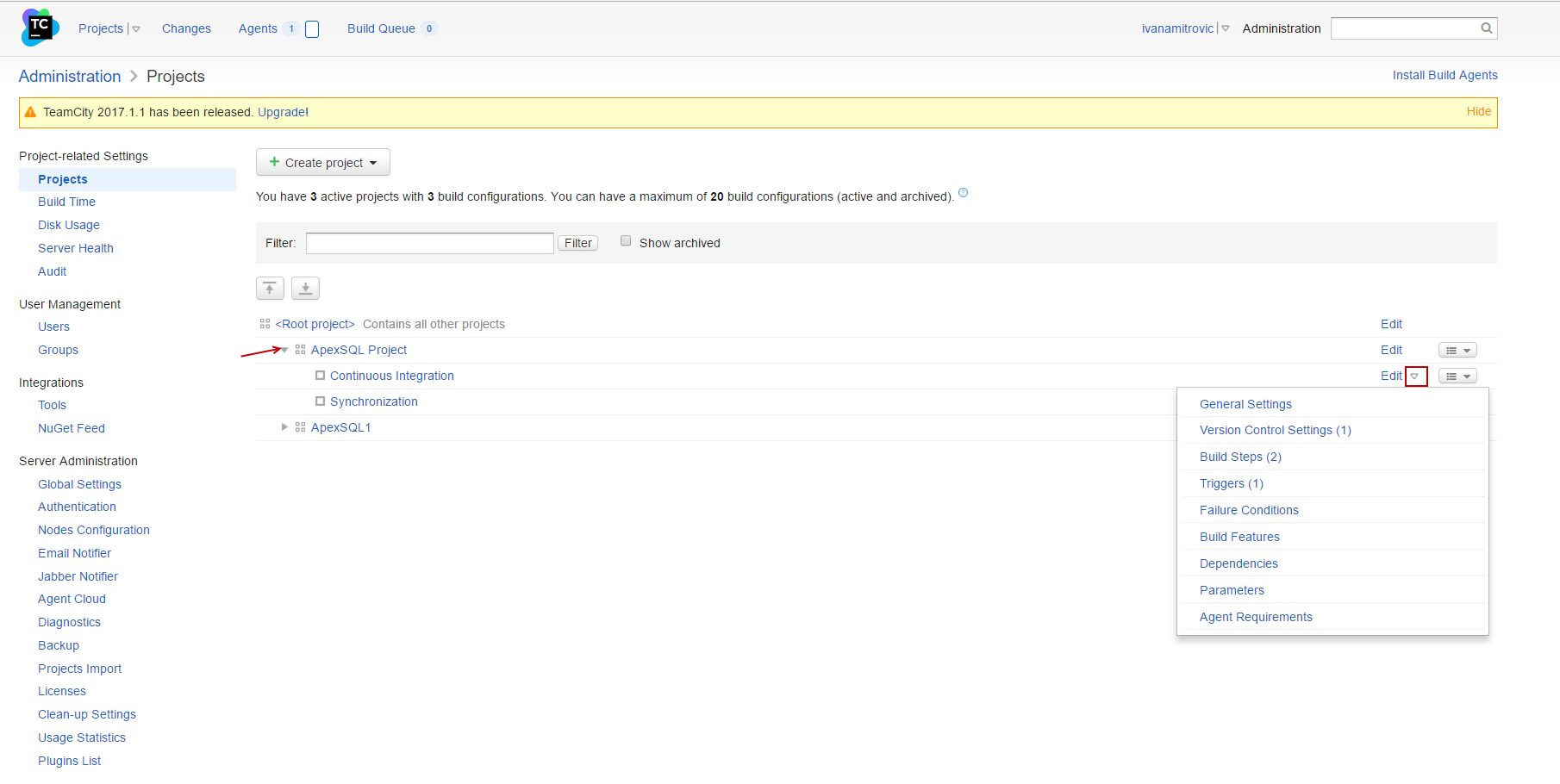 Editing can be done by clicking on the project name and then selecting parameters from tabs: