Summary
This article explains how to use the bitwise set switch in the CLI of ApexSQL tools.

ApexSQL Doc
After connecting to SQL Server, and selecting the database, you may choose a combination of objects, and the appropriate bitwise set will be automatically generated. From the Data sources and objects pane under the Database engine, click the Server objects option, and the bitwise set will be generated for the selected combination of the server objects, like shown in the image below: 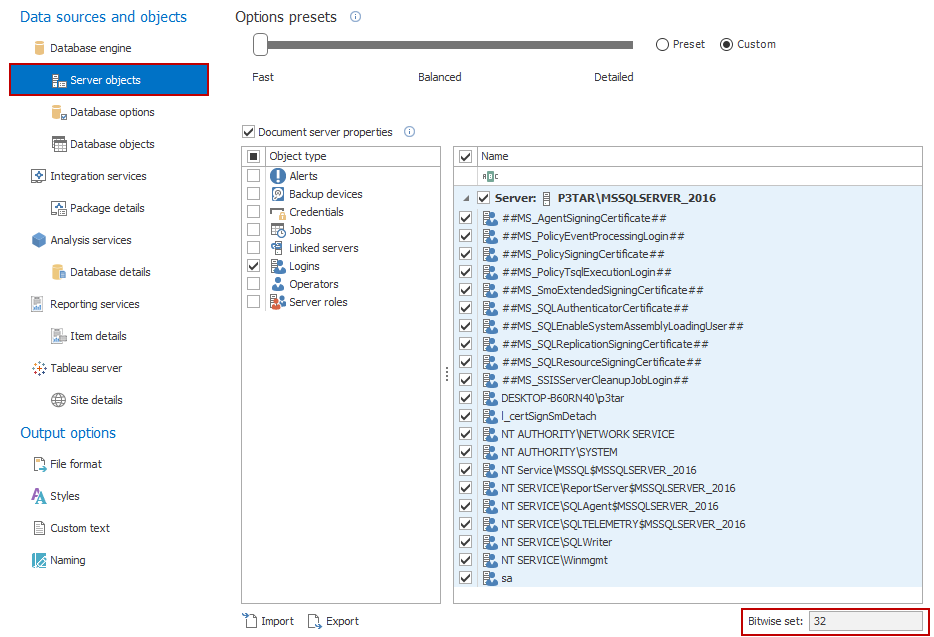 To include the selected objects in the database documenting process, add the “/so:” switch in the CLI command, followed by the bitwise set for the selection, as shown below: 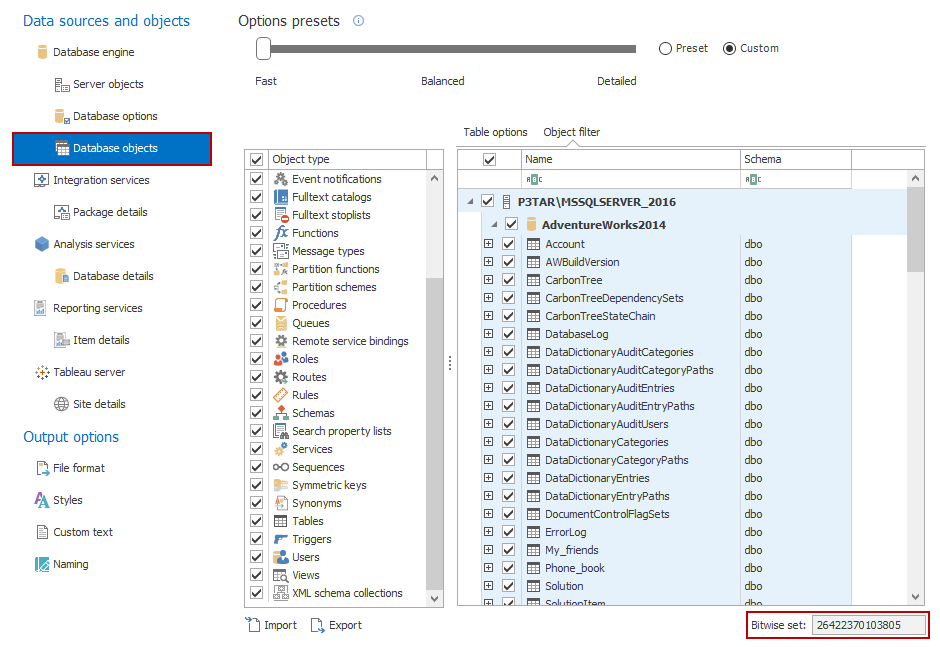 ApexSQL Clean, ApexSQL Diff, ApexSQL Diff for MySQL, ApexSQL Script
After connecting to the Server, and selecting the database for processing, from the New project window, expand the Advanced options tab, and choose the Object filter tab, as shown in the image below: 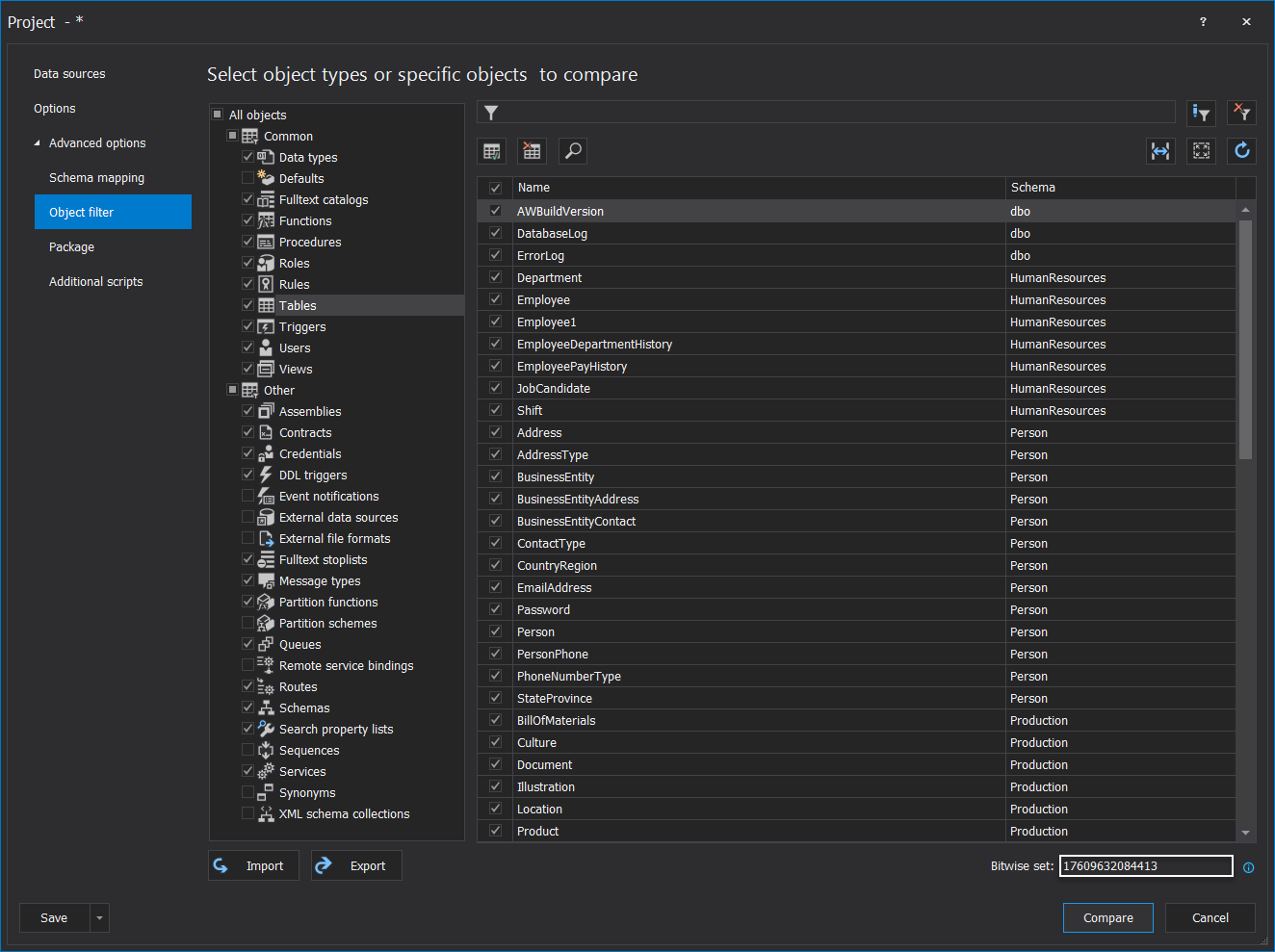 Top FAQs about a bitwise set