Summary
Sometimes failing is good and ApexSQL Enforce provides several possibilities to make sure this happens when deserved, at least.

This article will explain the concept of failure in ApexSQL Enforce and why is it important to fail correctly.

The concept of failure in ApexSQL Enforce

The concept of failure in ApexSQL Enforce is when the results are so bad, that they fall below some pre-set minimum threshold of acceptance.

This may include one or more variables that exceed a certain tolerance: 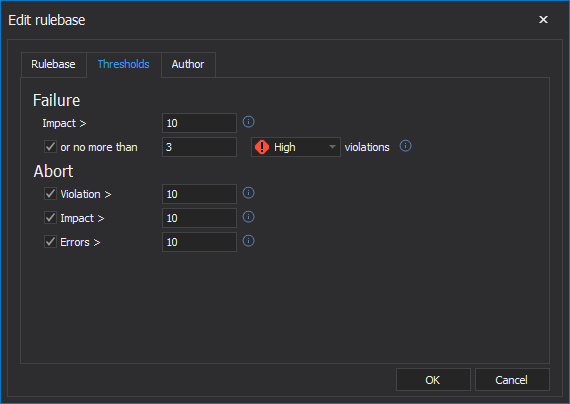 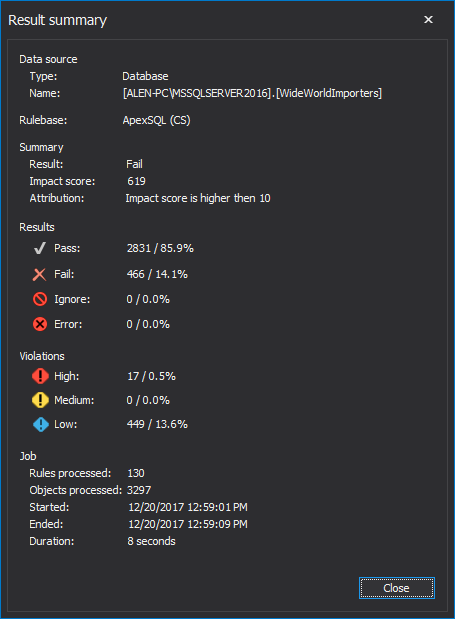 Regardless of the impact score, the perfectionists among us may want to fail a particular job simply because a certain number of violations were raised of a particular severity. So, if a tolerance is set to fail if even 1 violation with High severity is raised, then any such violation will fail the job. 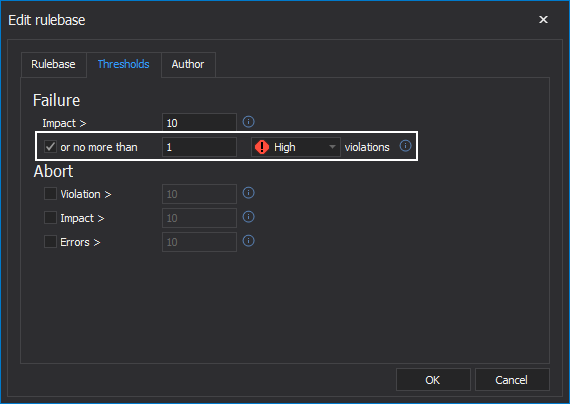 In some circumstances, you might want to avoid continuing to run a long job if it has already failed. This can be helpful if jobs can take a long time to complete and you want to get bad news back sooner. If this is the case, you can tell ApexSQL Enforce to abort in certain circumstances including: 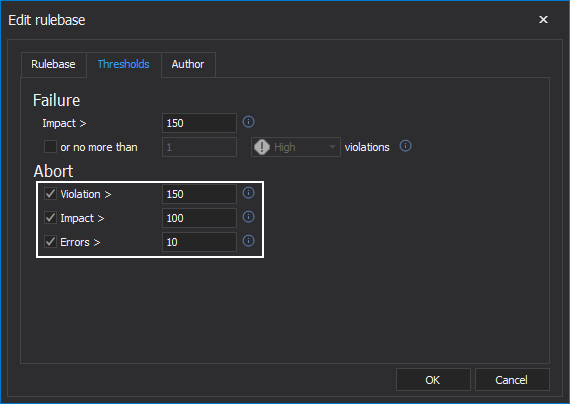 A job can be set to abort immediately on failure. In this way, processing is halted, and a failure return code is providing, to any calling app or script. This can be helpful to truncate a pipeline that is already DOA (dead on arrival) and get that information back to stakeholders expeditiously. 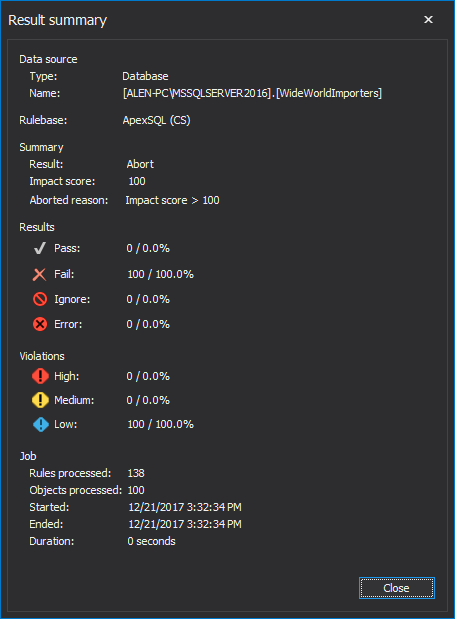 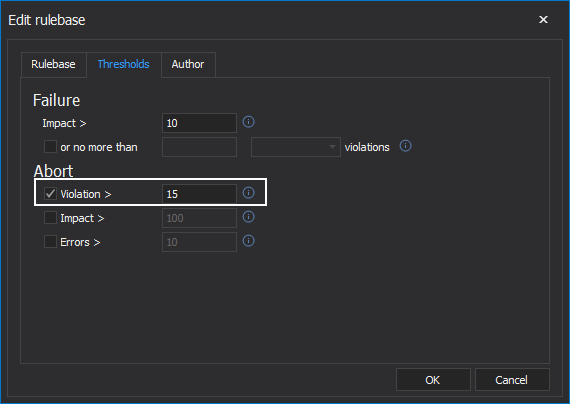 Similarly, if the job has failed, but the other team keeps running up the (impact) score, it might be time to call the game. Setting a maximum tolerance for continuing to play, via the impact score, can be helpful. 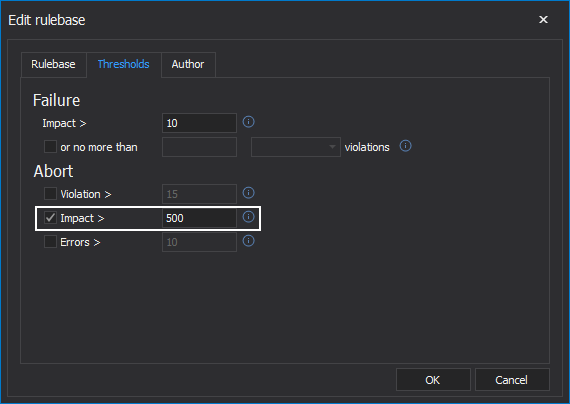 Finally, some users may want to fail a rulebase not because of violations that were raised but because of a high number of rules processed with errors. If this tolerance is set to zero, any error will result in the rulebase failing. This is helpful because, it isn’t possible to know what the result could have been. It might be a very critical rule. So, failing the job, fixing the problem, and re-running it might be the prudent result. 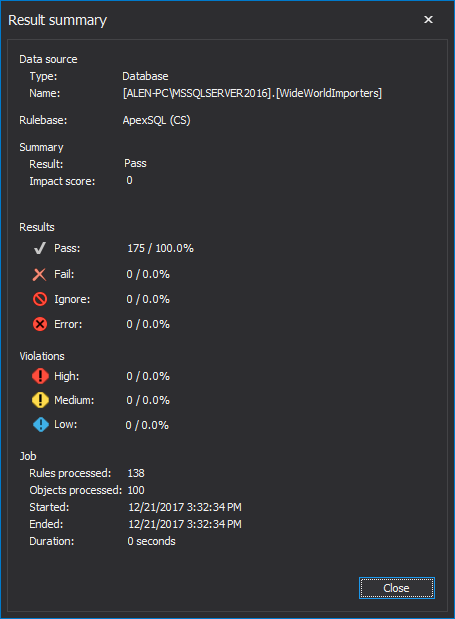