Q: How will I know when a pipeline has completed?

A: There are several ways that could be used as information system to inform you when a pipeline is completed:

Q: How will I know the final status of the pipeline – success or failure?

A: There are several ways to find out the final status of the pipeline:

For example, if a wrong CLI switch was entered for output name e.g. /of instead of /on, the following message is shown:

Switch ‘of’ is not recognized.

ApexSQL Doc failed.
The process is canceled due to failure return code: 2

Also, at the end of the output summary file, pipeline level return code will be shown:

To check out full list with explanations for common return codes in applications, check out article about General usage and the common Command Line Interface (CLI) switches for ApexSQL tools

A: The pipeline job summary log file, e.g. CI_Pipeline_job_summary.log can be found in the date/time stamped folder on location that was set before running the pipeline. By default, the date/time stamped folder will be created in the CI_CD_Pipeline folder that will be created at the same location where the ApexSQL_CI.ps1 or ApexSQL_CD.ps1 script is located.

Below are the date/time stamped folders: 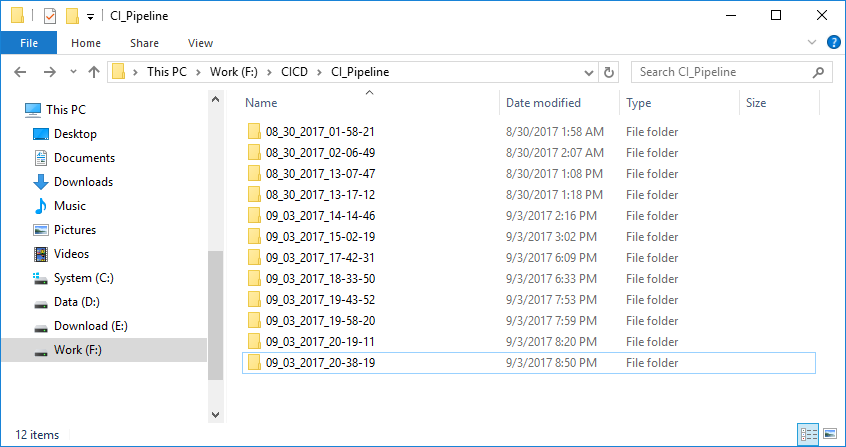 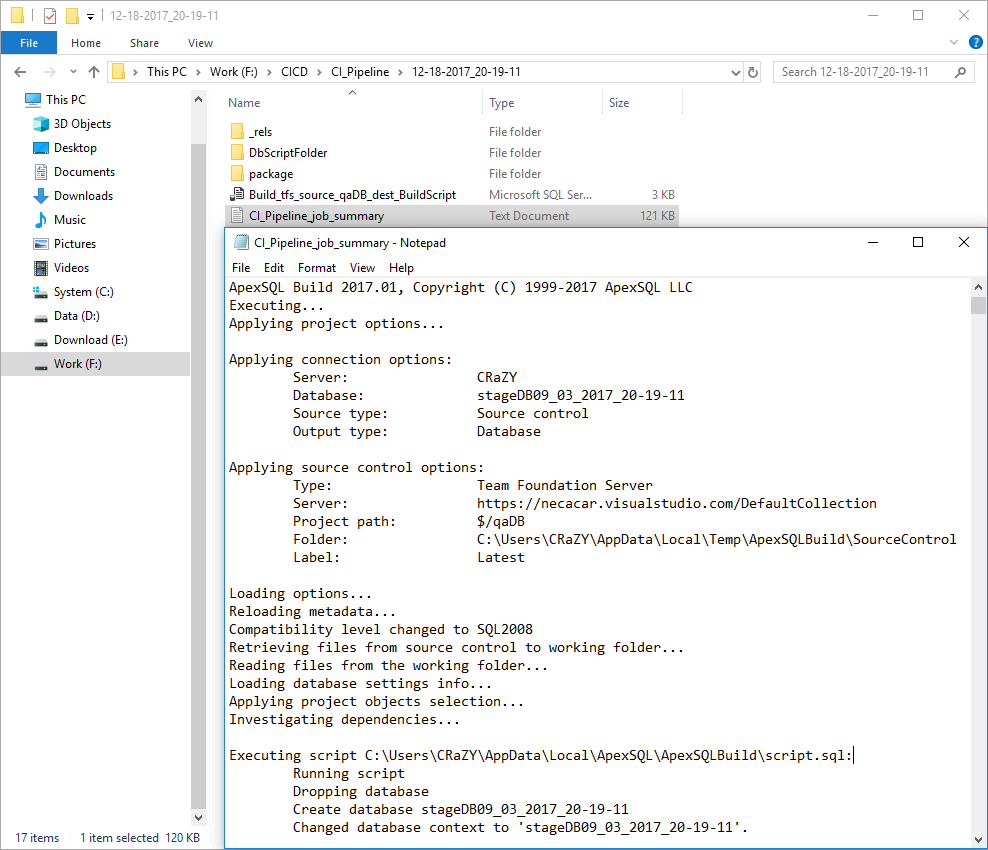 Q: Is the content in the e-mail notification also written to file?

A: Yes. The e-mail notification informs you when the pipeline started and that is written at the top of the pipeline job summary log file as well:

Q: Is there a specific location on disk where all job summaries and output are written to for each pipeline run?

A: Yes. As mentioned above, after setting up the location for the pipeline, all outputs will be written to a date/time stamped folder after each pipeline run.

Q: Can that folder location, name be customized?

A: Yes. You can customize folder location and name under the Global options at the top of both mentioned scripts, under the switches -PipelineName and -OutputLocation:

Q: What is the full inventory of files/output by name, type and description?

A: The full inventory of files can be separated into two groups:

Q: What determines the final success or failure status of a pipeline?

Q: What happens if schema or data between a source and destination database is the same, meaning essentially that there were no changes?

A: If both Schema and Data sync steps are included and schema or data is the same, the other one won’t be included in the Package and Deploy step, as the schema/data synchronization script won’t be created. For example, if there are schema changes, but there are no data changes, only schema sync script will be packaged and deployed to a production database.

The pipeline will abort if there are no schema and data differences, along with a return code of 102, indicating that there were no changes.

Q: Can I consolidate schema and data sync scripts into one script for the Deploy step?

A: Yes. You can just add the -Consolidate switch under the Package step and these two scripts will be merged into one script that will be executed in the Deploy step:

Q: Various tools produce output via the GUI for Summaries and Warnings. When running unattended, is that information written to file, and if so where?

A: Summaries and warnings are exported automatically to individual files for reviewing. Some examples are:

Q: What is the name of the pipeline summary file and what general information does it contain?

A: The output summary file is named PipelineName_job_summary.log and it’s located in different date/time stamped folder each time when the pipeline is run. It contains the following information:

Q: Is CLI output set to verbose by default? Can I do it on a step by step level?

A: Yes. Verbose CLI output is set by default for all steps. All example scripts are open source and you can set each step based on your desires including verbose output.

For example, if you don’t want verbose output for the Test step (as test results are exported to an XML file), open the ApexSQL_CICD.psm1 script, locate the function Invoke-ApexSqlTestStep and under the $toolParameters variable, remove the /v switch:

The following are examples of verbose outputs from different applications used in CI/CD pipeline: 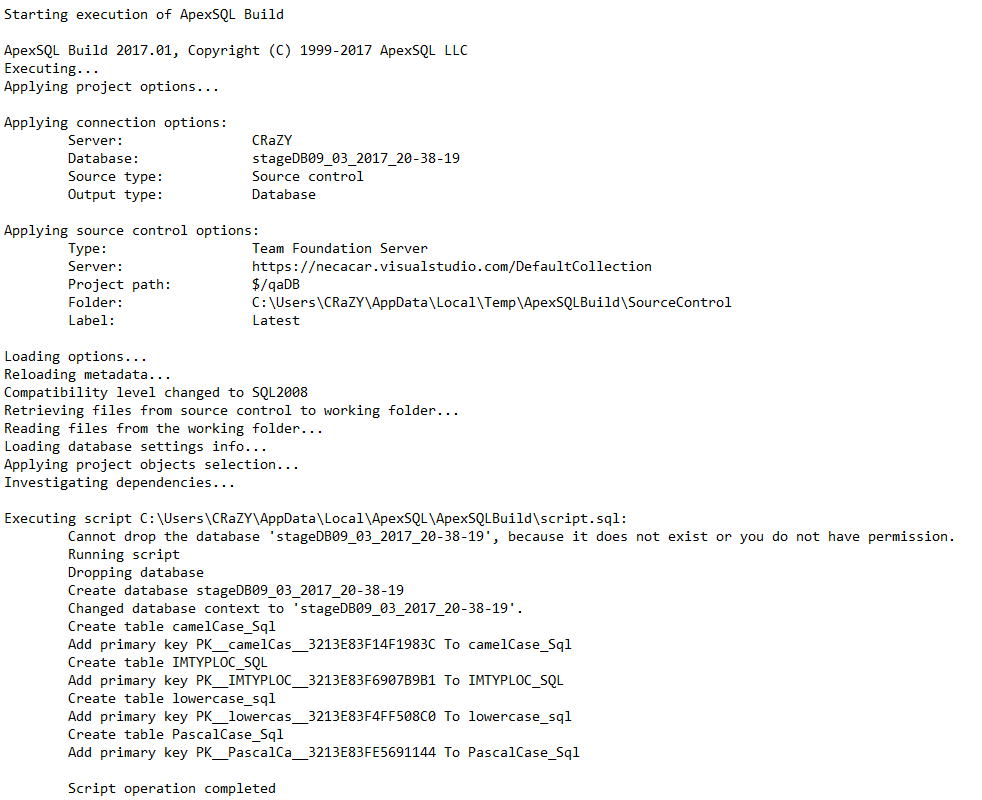 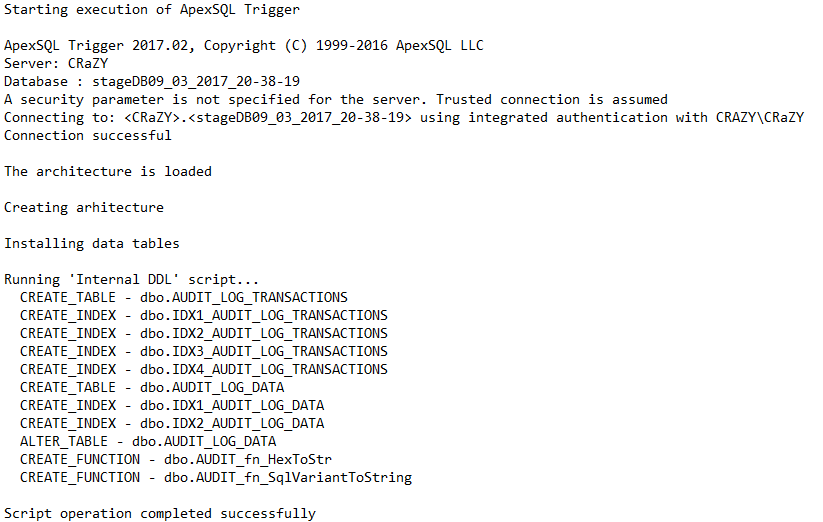